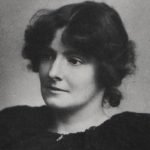 The announcement this week that civil partnerships would be made available to heterosexual couples reminded me of the lives (and in one case, death) of three women I read about whilst researching my book, The Women in the Room: Labour’s Forgotten History.

The first, Edith Nesbit, is by far the best known nowadays, at least outside Labour circles. In later life she wrote some of the best-loved children’s books ever published, including The Railway Children, but her private life was not at all what might have been expected of an Edwardian children’s author. At the time of her marriage in 1880 she was heavily pregnant, whilst her bridegroom, Hubert Bland, was already the father of at least one other illegitimate child. Edith and Hubert had an open marriage, and Edith declined to comply with other accepted social norms for female behaviour, refusing to wear corsets, cutting her hair unfashionably short, and retaining her maiden name of Nesbit.

The socialist and Fabian circles in which Edith and Hubert moved were more accepting of such behaviours than wider society, but in personal terms there was still a price to be paid. Edith found herself living in a ménage á trois with her friend Alice Hoatson and bringing up Alice and Hubert’s children as her own.

But Edith also had affairs of her own, both romantic and physical (but not always both) often with men younger than herself. After Hubert’s death she married Thomas Tucker, a cockney who was the Captain of the Woolwich Ferry, and although this marriage was more orthodox, it was still, given the difference in class, considered unconventional by the standards of the time.

The second woman, Edith Lanchester, took a principled stand against marriage itself. She was the daughter of a well-to-do architect, but in her early twenties became a socialist and feminist and, in particular, an opponent of marriage. In 1895 she announced her intention of living ‘in sin’ with fellow socialist James Sullivan, a factory worker. Her father and brothers had her committed to a lunatic asylum on the grounds that she was threatening to commit ‘social suicide’ and that no sane woman would do this.

Edith’s friends made sure that her plight was widely publicised, and the case was raised in Parliament by the trade unionist MP John Burns. Socialists gathered outside the asylum in Roehampton to sing The Red Flag in solidarity and when the case came to court Edith was released on the grounds that she had been wrongfully detained. She and James lived together, unmarried, for the next fifty years; Edith remained a communist until her death in Brighton in 1966.

On her release from the asylum, Edith was given a secretarial job by the third of these women, Eleanor Marx. Eleanor had been living for some years with the scientist and socialist Edward Aveling. Largely forgotten now, Aveling was a high-profile figure in his day, particularly in left-wing circles. He was married, but separated, and Eleanor regarded herself as his wife in all but law. For many years she used the name Marx Aveling, and the couple were an established and accepted pairing in socialist circles.

Unlike her friend Edith, Eleanor did not have a principled objection to marriage per se; indeed, she expected Aveling to marry her if his wife died. But Aveling was frequently unfaithful and subjected Eleanor to coercive and abusive behaviour. In 1897 he secretly married a woman half his age, but when he became ill he expected Eleanor to nurse him, which she did. In March 1898 she swallowed prussic acid and died. How much of a role Aveling’s behaviour played in this can never be known, but contemporaries were not in much doubt. When Aveling himself died a few months later hardly anyone turned up to his funeral.

These three women all pushed the boundaries of accepted norms of marriage in different ways, and all represent a strand of the long struggle to define human relationships in terms other than patriarchal constructs of marriage. Civil partnerships may or may not be the answer, but Edith Nesbit, Edith Lanchester and Eleanor Marx would certainly have found them an interesting addition to the debate.

The Women in the Room: Labour’s Forgotten History is published by IB Tauris and is available from bookshops and online retailers. 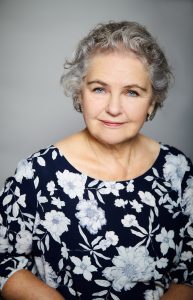